Cancioneta Praga is a women's choir, which was founded in 2010 by choirmaster Lukáš Jindřich. Members of the choir stem from various renowned choirs from Prague (Bambini di Praga, Radost Praha and others).
History

Cancioneta Praga is regularly invited to international festivals such as Young Prague, Praga Cantat and others. In exceptional cases the choir may be joined by male voices as well. During its period of existence in the musical field, Cancioneta Praga has won two international festivals. The choir brought home the "audience's most favourite choir award" and the trophy for absolute victory from Malgrat de Mar, Spain, in 2010. The same success was reached in 2012, when the choir became champion of the festival of contemporary choir music, Canti Veris Praga. In 2011 the choir took part in a successful four-day tour of Germany.

The patrons of the choir are Miroslava Němcová – the former head of the Chamber of Deputies of the Czech Republic, choirmaster Miroslav Košler and conductor Jakub Hrůša. 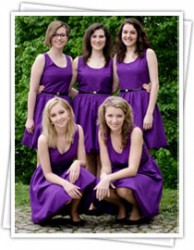 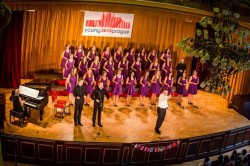