The music group CAROUSEL appeared for the first time in the winter of 2000 and from then it has had a constant presence in the Greek music scene. Its musical repertoire begins with the North Mediterranean and its people; it extends though to other worlds where their music is close to these sounds.
History

Beginning with only four members, CAROUSEL continued to extent its repertoire and dynamic. Today, the group is comprised of six members: four voices while the instruments alter between guitars, percussion, accordion, mandolin, contrabass and oud.

The musical group CAROUSEL has appeared in many music venues in Athens and in the rest of Greece, and has held concerts at various cultural music fairs and venues. The group has also appeared live on radio and television.

Their repertoire travels the listener from fados and folk songs of Portugal, through the Spanish tradition and its Sephardic songs, to Italian local melodies like the canzonettes and tarantellas of the South. Passing through the melodies of Corsica, Sardinia and Provence, the listener arrives to the Greek dialect speaking villages of Salento of South Italy. Finally the repertoire also passes through the traditional music of Greece, creating bridges with the sounds of the music of other peoples.

The group released his first cd “Ciuri - Ciuri” on December 2011 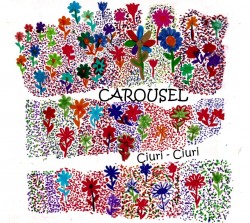 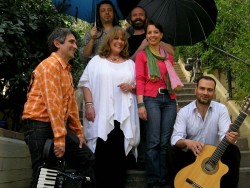 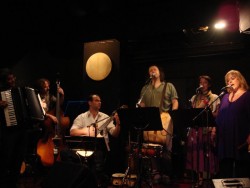