The four musicians that take part in this project come from different musical backgrounds but they share the vision to mix each person's unique musical ingredients to create something fresh along the lines of balkan and jazz.
History

CHOUSKA Ensemble is a project that was conceived some years ago but actually came to life in December of 2013.

The pieces they perform ara mostly original compositions but they also revisit selected works from artists that have influenced them in the past such as Manos Achalinotopoulos, Ibrahim Maalouf e.t.c

Although they avoid to label themselves under a certain musical genre, their sound has a strong ethnic element, a lot of space for improvisation and jazz harmonies are in some cases subtle and in others dominant in their music.

The members of the band are also active in the local music scene, participating in various different projects. 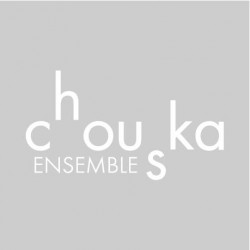 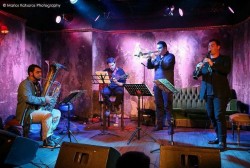