The Zagreb Philharmonic is an orchestra boasting a 140-year tradition of distinguished performing in Zagreb and Croatia. It has been a promoter of the art of music across Croatia as well as the country’s cultural ambassador in the world
History

As one of the trademarks of the city it operates in, the music institution that boasts a long and notable tradition embodies the image of Zagreb as a Central European urban center of music, art and culture.
The Orchestra started performing in the year 1871 and in 1920 it got its current name.  Ever since that time, it has continually brought to Croatia’s capital the best classical music. Its history has been shaped by first-class principal conductors such as Friedrich Zaun, Milan Horvat, Lovro von Matačić, Mladen Bašić, Pavle Dešpalj, Kazushi Ono, Pavel Kogan, Aleksander Rahbari and Vjekoslav Šutej. 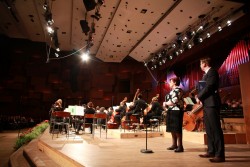 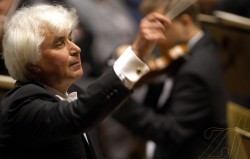