And just as in their art, Klangforum Wien itself is nothing but a force, barely disguised by its metier, to improve the world. The moment they step onto the podium, the musicians know that only one thing counts: everything. Eros and the absoluteness of this conviction are at the root of the inimitable quality of their concerts.
History

24 musicians from nine different countries represent an artistic idea and a personal approach that aims to restore to their art something that seems to have been lost - gradually, almost inadvertently - during the course of the 20th century, which gives their music a place in the present and in the midst of the community for which it was written and for whom it is crying out to be heard. Ever since its first concert, which the ensemble played under its erstwhile name “Societé de l’Art Acoustique” under the baton of its founder Beat Furrer at the Palais Liechtenstein, Klangforum Wien has written musical history.

The ensemble has premiered roughly 500 new pieces by composers from three continents, giving a voice to the notes for the first time. It could - if given to introspection - look back on a discography of over 70 CDs, a series of honours and prizes and around 2000 appearances in the premier concert houses and opera venues in Europe, the Americas and Japan, for renowned festivals as well as youthful and idealistic initiatives. 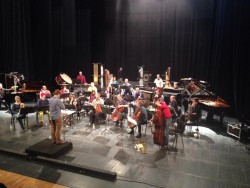 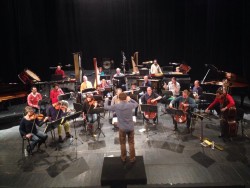