Kremerata Baltica was created in 1997 by Gidon Kremer, who serves as the orchestra's artistic director and solo violinist. Kremerata Baltica is composed exclusively of young musicians from the Baltic States and is supported by the Ministries of Culture of Latvia, Lithuania and Estonia.
History

In 1997, Austria’s legendary Lockenhaus Chamber Music Festival was witness to a small revolution when renowned violinist Gidon Kremer presented a brand new orchestra: Kremerata Baltica. It was comprised of young musicians from the Baltic States – Latvia, Lithuania and Estonia – and they conquered the discerning audience, injecting vitality into the festival with their exuberance, energy and joy in playing. Kremerata Baltica, an educational project with a long-term vision, was Kremer’s 50th birthday present to himself – a way of passing on his wisdom to young colleagues while making no compromises on artistic standards as he nurtured and inspired musical life in the region. The talented group of musicians developed in several years into one of the best international chamber orchestras in the world and has assured its international reputation in major concert venues around the world.

During the last 15 years Kremerata Baltica has played in more than 50 countries, performing in 600 cities and giving more than 1000 concerts around the world: Asia, Australia, North and Latin America as well as all over Europe. The orchestra has released more than 25 CDs, won a Grammy Award and the ECHO prize in 2002, and received the Praemium Imperiale Grant for Young Artists in 2009. Kremerata Baltica holds its own annual festival in Latvia since 2003. 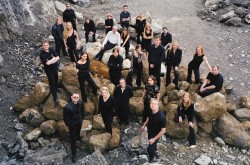 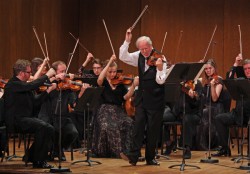